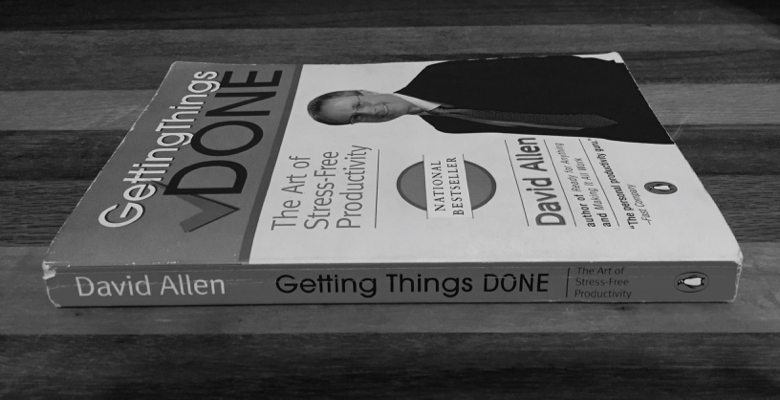 This post is part two in a three-part series: The Basics of Getting Things Done. Part one is here, and part three is here!

In the previous post, we talked about the basics of Getting Things Done, or GTD. We looked at the benefits: a feeling of focused, calm control over your work, and by extension, your life. We covered the basic concepts that make up GTD:

Now let’s get a little more granular. How does GTD actually work? What are its parts, and how do they function?

The Basic Components of GTD

There are nine basic components in Getting Things Done.

Wait, don’t leave! I know nine sounds like a lot of basic components, but I promise they’re all pretty simple. Plus, you use a version of most of these already.

[A quick note, before we jump in: GTD is platform-agnostic, which is a fancy way of saying you can set it up in a variety of ways: paper and pen, Evernote, Google Docs, etc.

The book suggests starting with a paper system at first (that’s what I did), and that’s what I’ll describe here. I use a system made up of Google Docs, and if you’d like to see how I’ve got my GTD system set up, let me know in the comment section and I’ll cover it in a future post.]

All right, then. Onward!

These are the face of GTD. They’re simply lists of the actions you’ve committed to take (Next Actions), organized by where you can do them (context). You might have one list called @Home, one called @Work, one called @Errands, etc.

“Aren’t you basically describing a to-do list?” Great question! No I am not! There are two crucial differences:

The following point is central to GTD:

The only tasks you want to see in front of you are the ones you can actually do right now.

If you’re sitting at your desk at work, your list should only be showing you tasks you can do at work. “Buy toothpaste” doesn’t help you when you’re not at the store. In fact, it distracts you from what you could be doing right now.

Separating tasks by context bring a new level of clarity to your work.

Next Action lists contain only the next physical action required to move the situation forward.

We’re talking real tiny baby steps here. When you do a little extra front-end planning and break things down into Next Actions before putting them on a list, you’re way more likely to get them done quickly. Consider the following:

A standard to-do list might contain the entry “Paint the garage.” Here’s the problem: this isn’t a single action; it’s really a project made up of several actions, and it needs to be broken down further or we’ll go numb to it and procrastinate. “Paint the garage” makes you think “Ughh. Stupid garage. This is going to eat a whole weekend, and it ain’t gonna be this one. I hate garages.”

On the other hand, “Go to the paint store to pick out samples” makes you think “I need to hit the grocery store on Saturday anyway, so I’ll knock this out on the way. Boy, do I love having a enclosed space in which to keep my car and lawn mower. Let’s spruce it up a little!”

A paper tray that lives on your desk. When you think of something you want to do, have happen, or think more about, write it on a piece of paper and put it in here. Process it once a day using this flow chart from David Allen's website (which quickly becomes second nature, by the way). 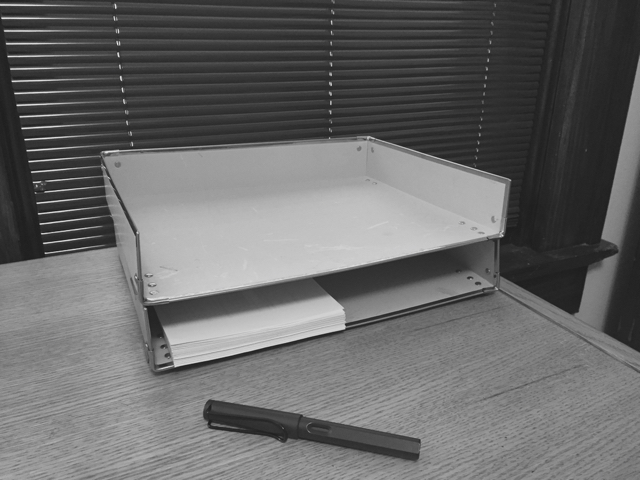 You might be wondering why you shouldn’t just put the task directly on a Next Action list, and the answer is: So you can stay in the moment with the task at hand. The idea is to quickly jot down what you’re thinking about so you can get it out of your head and deal with it when you can give it your full attention.

Remember, the term “project” refers to any outcome you’re committed to that’s more than one step (like painting the garage, as we discussed earlier). This is just a single list of all your projects that you reference regularly to make sure you’re continuing to move forward on each of them.

A single manila folder for each project that holds any supporting materials. If you’re painting the garage, this is where you store the pamphlet you grabbed at the paint store.

The calendar is sacred. Only events that must happen at a certain time go here. Everything else goes on a Next Actions list.

A list of everything you’re waiting on someone else to deliver.

If you only implement one idea from this article, start keeping a Waiting For list.

Lists of everything you might want to do in the future. You might have one list called “Places to Visit” and another called “Books to Read.”

If you only implement two ideas from this article, start keeping a Waiting For list and a set of Someday/Maybe lists.

What happens when a calendar and a manila folder make babies. A tickler file is a rotating set of folders, each labeled with a day of the month.

Each day, you check the folder labeled with today’s date and see if “past you” left a message for “present you” (“email Steve again if he hasn’t responded,” or “pay cell phone bill”). It’s great for dealing with information you’ll need on a specific day in the future, but can’t act on right now. 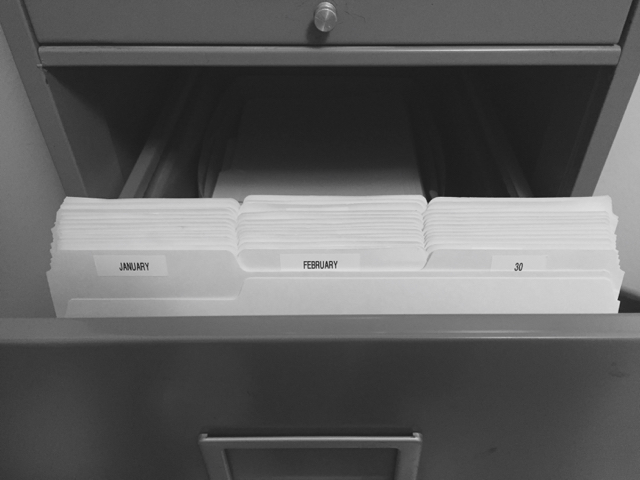 These are manila folders in filing cabinets containing information you don’t need now, but might need in the future.

I know this sounds like a lot, but don’t be intimidated. All you need to use GTD is a legal pad, a pen, an inbox, a box of manila folders, and a filing cabinet.

At this point, if I’ve done my job, you’re at least intrigued. You’re considering borrowing an idea or two from GTD, and you may want to take the whole thing for a test drive. So, how do you set all this up?

You can get off to a great start using the info in this post series, and I will happily answer any and all questions in the comments! This is where the book itself really shines, though.

In Getting Things Done, David Allen covers “first-time setup” in great detail, and that section alone is worth the purchase price. If you’re ready to give GTD a shot, I encourage you to get a copy of the book. It’s about the best $10 you can spend, and many libraries have it as well.

And because I really, truly believe in this stuff, let me put my money where my mouth is:

I’ll give away a copy of Getting Things Done to the first five people who ask for one. Just leave a comment below, and I’ll get in touch!

In the final post in this series, we’ll examine what a GTD system looks like in action: how a hypothetical person (whose life may or may not bear a striking resemblence to my own) would use GTD during a normal day to manage workflow, keep everything accounted for, and spend as much time as possible “in the zone.”