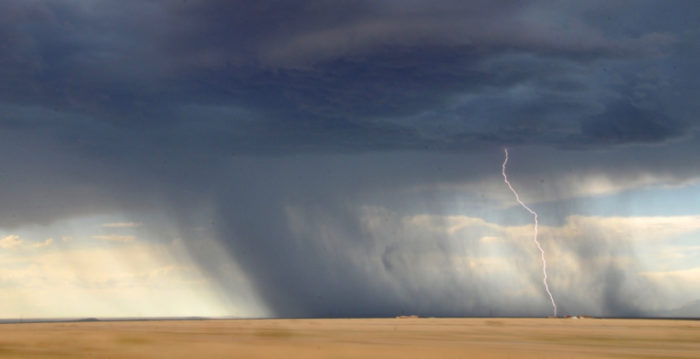 The safest place to ride your bike is often the middle of the road. In the cycling world, this is called taking the lane.

Think about that for a second. Picture it in your mind. Does taking the lane sound safe? Probably not. It is safe, though, and here’s a common scenario to illustrate why.

When a cyclist rides on the right side of a busy road, she invites vehicles behind her to pass her. Now, if the road has a wide shoulder, this isn’t a problem: she can ride on the shoulder. But on a narrow road, the passing vehicle will have to veer into the oncoming lane a bit to pass the cyclist. If an oncoming vehicle suddenly appears, the passing vehicle will move right to avoid a head-on collision, forcing our poor cyclist into a ditch.

“Yeah,” you might think, “but at least she didn’t get run down from behind and turned into a pancake.”

You know what’s surprisingly rare? A cyclist riding in the middle of the road being run down from behind. Drivers often become frustrated at the middle-of-the-road cyclist, but they treat her like a car, passing only when the oncoming lane is clear.

On a narrow road, it’s safer to take the lane.

I’m an experienced road cyclist with several thousand miles under my belt. I still fight the urge to hug the right shoulder, even though I know better. It just feels safe, even though it’s not.

This is a perfect metaphor for day-to-day life.

Many things that feel safe are actually dangerous:

Many things that feel dangerous are actually safe:

Have you dismissed a recent idea because it felt too dangerous? Is it possible you misjudged?

Maybe you need to take the lane.