Were we doctors, you ask? Or lawyers? Engineers?

Nope. I was a freelance musician, and Sarah ran an after-school program for elementary school kids.

And when I say we were $48,000 in debt, I really mean me. Every penny of the debt was mine, and it was 100% student loans. In college and graduate school, I’d always borrowed as much money as the government would lend me. When I finished my Master’s degree in 2011, I came face-to-face with the enormity of what I’d done. For the first time, it really sunk in that I was going to have to pay all that money back.

I remember visiting my parents during a trip home to Missouri. My dad and I were sitting at the kitchen table, and he asked me if I knew how much I owed. I had no idea, so we gathered paperwork and added everything up.

Just over two years later, we were debt-free, and we still are. Every single step of our journey is reproducible.

Here’s how we did it.

1. Found a proven system (instead of a perfect one)

When my dad sat me down to face the music on my student loan debt, he and my mom had recently completed Dave Ramsey’s Financial Peace University class. FPU is a sixteen-week course involving weekly meetings led by a coordinator. You watch videos of Dave lecturing on money, discuss the videos, and complete the weekly homework. Over those sixteen weeks, you gradually transform your financial life. My folks found FPU valuable, and they offered to put us through the course.

I almost turned them down. I wasn’t a huge fan of Dave Ramsey—his personality doesn’t really mesh with mine. But it was clear that Sarah and I didn’t really know how to handle money, and we were ready to swallow our pride. We’d take help wherever we could find it.

We decided to go all-in on FPU. It’s not a perfect system, but we followed it pretty much to the letter:

But by the end of the class, I think we both liked him more than we wanted to admit.

2. Gave every dollar a name

Sarah and I had never made a monthly budget, and I won’t lie—it was hard at first. We found a reward waiting for us, though, as we completed the first month’s budget:

Time management works the same way: When you start paying attention, you realize how much you’ve been wasting.

Still, it was a challenge to sit down at the end of the month and plan for the upcoming month. There were fights, though we soon realized we were just concentrating all our money fights into one 30-minute period, which is much better than spreading them out throughout the month.

3. Developed a clear and compelling goal

We got truly excited about something that doesn’t sound very exciting: paying off debt.

4. Increased our income (but not our lifestyle)

When we began paying down our debt, I was a freelance musician and Sarah ran an after-school program. At first, I picked up extra trumpet students and a job teaching preschool music. My parents, ever supportive, started chipping in each month to help us pay down the debt.

After a few months, we moved from New Mexico back to Missouri to be closer to our families, and Sarah taught high school English while I began working at a university as an academic advisor. These new jobs paid more (though we weren’t exactly raking it in), but we maintained our previous standard of living. We put the extra money toward our debt and kept living like grad students.

There’s an ongoing debate within the personal finance community: when you’ve got multiple debts, in what order should you pay them off? There are basically two approaches:

The Debt Avalanche saves you money, but the Debt Snowball gives you quick wins and a psychological boost as you pluck low-hanging fruit.

Dave Ramsey insists on the Debt Snowball, and we had great results with this method. We attacked my smallest student loan debt while paying monthly minimums on the others, and we had it paid off in just a few months. It felt amazing to receive the first “Paid in Full” notice in the mail, and it helped us keep our nose to the grindstone.

6. Changed our mindset about money

This was a subtle, gradual step—and maybe the most important of all.

In February 2014, we made the final payment on my student loans. It took us a while, but in 2015, we took our debt-free Disneyland trip. 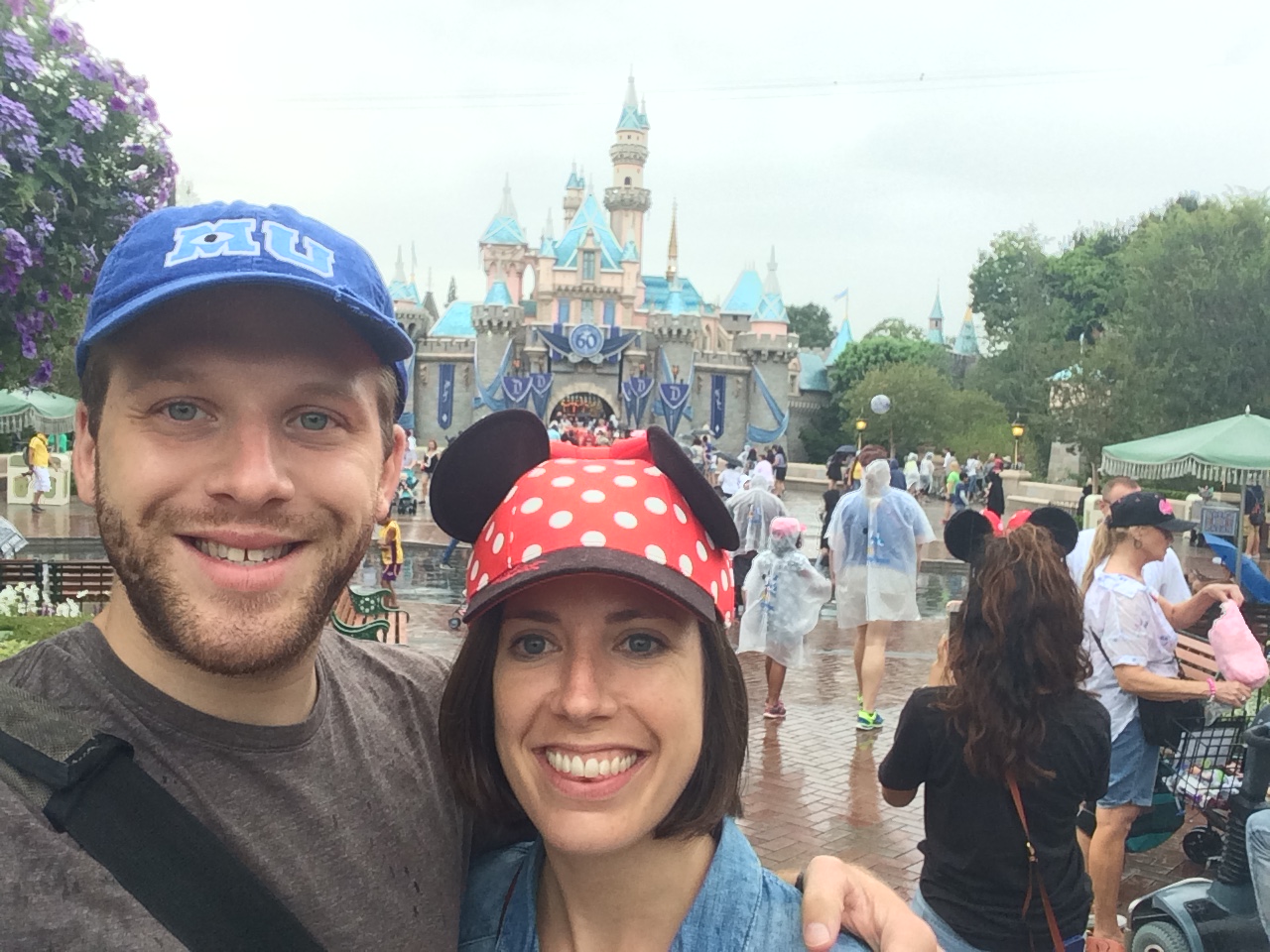 Becoming debt-free has removed a major stressor from our lives, and more than anything else, it’s given us freedom. If you need to get your financial life together, start by looking for a proven but imperfect system. Sarah and I had great success with Dave Ramsey’s FPU class, but there are many other options. Do some preliminary research and take action.

We’ve been debt-free for three years now. If we’d insisted on perfection, we wouldn’t be anywhere close.