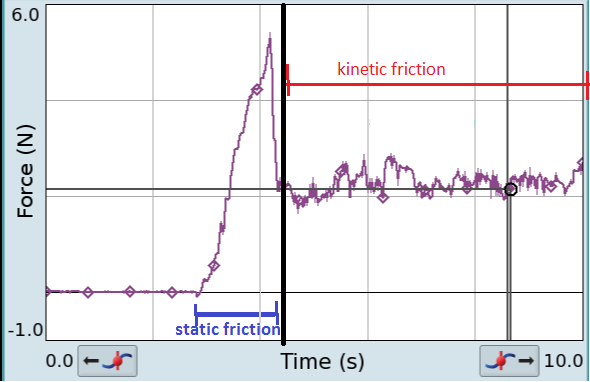 It’s not the writing part that’s hard. What’s hard is sitting down to write. Steven Pressfield, The War of Art

Think about a time you moved a heavy piece of furniture, like a solid oak dresser. Do you remember noticing that the hard part isn’t pushing the dresser across the floor, but getting it moving in the first place?

Static friction is almost always greater than kinetic friction. It takes more force to get an object moving than it does to keep it moving.

This is a perfect metaphor for personal productivity.

What’s hard is going from being a person who doesn’t exercise to being a person who jogs three mornings a week. Adjusting your daily schedule, buying running shoes, beginning to see yourself as a runner—those things are are hard.

Creative work is the same way. When we’re finished procrastinating and equivocating and we finally plant our butt in the chair, the writing/composing/designing usually comes easier than we feared. Or, as writing guru Steven Pressfield says in his slim masterpiece The War of Art, “It’s not the writing part that’s hard. What’s hard is sitting down to write.”

1. See things as they are, not worse than they are

When I think of writing, I often picture the difficulty of sitting down to write. I think of it as an imposing challenge, a struggle to nail the structure of a blog post or to conjure up a useful analogy.

But these rough patches only make up a small part of the writing process. Most of it goes smoothly—I’m in a flow state, am enjoying the creative challenge, and I’m pleased with my progress. When I think about writing, this is what I should picture.

What about you? The difficult tasks you do—are they really unpleasant most of the time, or just in short bursts?

2. Work for ten minutes, then re-evaluate

When you’re facing a daunting task, don’t tell yourself you’ve got to knock the whole thing out at once. Instead, commit to working on it for only ten minutes.

Set a timer, and when it goes off, allow yourself to decide whether to continue or not. You will almost always choose to continue, since you’ve overcome the hardest part and are now hitting your stride.

Sometimes, you’ll choose to stop, and that’s okay! At least you made some progress.

Tip: you must allow yourself to stop working guilt-free if you want this tactic to remain effective. It’s got to be a good-faith bargain, or it won’t work in the future.

If getting started is the hard part, we want to get started as little as possible, right?

This approach conflicts with #2, but they’re both useful in different situations. If you’ve got a 90-minute task ahead of you, breaking it up into three 30-minute blocks will require you to overcome static friction three times instead of just once. When possible, schedule long blocks of time into your day.

When you’re agonizing over starting something difficult, visualize the graph at the beginning of this post and remember: the amount of energy required to get started is higher than the amount required to keep going.

And if the challenging task facing you is moving a bunch of heavy furniture, take my advice (based on our most recent move):