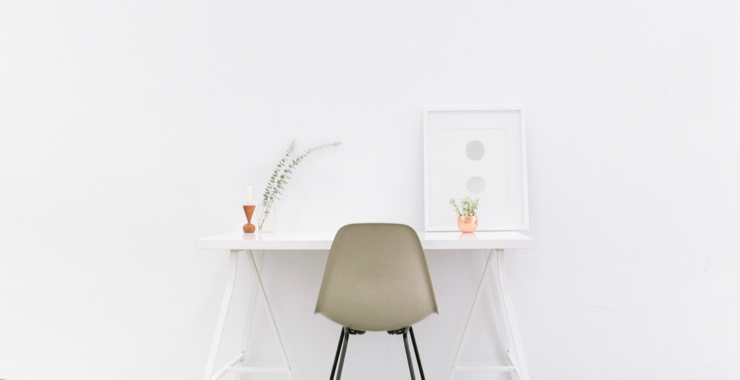 A year and a half ago, I started getting rid of my stuff.

I sold or donated clothes, musical instruments, power tools, and an old vacuum cleaner. I gave away my first dictionary, a gift from my parents in 7th grade. Mom and Dad have always supported my writing, and this dictionary represented that better than anything else I owned. On the inside cover, my mom had written:

To Jonathan With love from Mom and Dad Christmas 1997

“Sentiment be damned,” I thought. “The internet is thy dictionary now!” Into the pile it went.

Over and over, I asked the question “Does this add value to my life?” If the answer was “no,” I got rid of the item. The more stuff I purged, the better I felt, and today I only own three things: a coffee mug, one outfit, and a Moleskine notebook (I steal pens from the bank).

This is an article on minimalism. If you’re familiar with this burgeoning movement, you’re already thinking, “Great, another holier-than-thou hipster preaching inner peace through cleaning out the basement.” You may even be rolling your eyes.

Except I’m not going to plead with you to sell your car and donate 90% of your clothes to Goodwill. Because while I did become a minimalist, I’ve walked it back some. Minimalism has this problem, you see, and we need to explore it.

But first, let’s answer a fundamental question. What is minimalism?

I’ve thought about this quite a bit, and here’s my definition of minimalism:

Minimalism is a way of life centered on making intentional choices, especially with regard to one’s material possessions.

To put it another way, minimalism is mostly about owning only things that add value to your life, which means getting rid of a bunch of your stuff.

Why get rid of your stuff? To answer that, let’s borrow a basic idea from economics.

Opportunity cost and your stuff

Things cost money, which you then cannot spend on other things because you just spent it. This is called opportunity cost, and it is not news to you. But our possessions incur an opportunity cost of time as well, because using and maintaining them takes time that could have been used doing something else. Both money and time are limited resources, and to make things worse, time is a non-renewable resource. And our materialistic culture prods us to spend these resources on more and more things, convincing us happiness is just over the next hill.

It’s not. Instead, we wind up with too-big houses filled with low-quality junk and garages filled with jet-skis we haven’t used in years, spending our precious evenings and weekends taking care of our stuff (or buying more). As Tyler Durden quips in the movie Fight Club, “the things you own end up owning you.” Minimalism is a reaction to this unchecked consumerism; it’s a way of life designed to help you spend your precious resources intentionally instead of mindlessly.

On paper and in principle, minimalism is hard to argue with. But in practice, things aren’t so simple.

The problem with minimalism

As we’ve seen, minimalism is supposed to be about getting rid of things that don’t add value to your life. It’s a lifestyle based on a sound principle: your resources are precious, so use them wisely.

But it’s easy for minimalism to become about getting rid of things, period, because—and trust me, reader, this is true—getting rid of extra stuff starts to feel really good. It’s downright addictive, and as you pick up steam, you’ll be tempted to keep going until your living space looks like the picture at the beginning of this article.

Many people (like me) love this look–the “minimalist aesthetic” with its clean lines and uncluttered surfaces. In fact, the superficial goal of achieving the minimalist aesthetic can very easily replace the noble, principled goal of owning only what you need. As a brand new minimalist, you may not even notice that one goal has been replaced with another of lesser quality.

The minimalism community struggles with this very problem. There are many great minimalist blogs (check out The Minimalists, Zen Habits, or Becoming Minimalist), and they all go to great lengths to emphasize that minimalism is not a competition, not about owning as few things as possible. They’re right and they’re sincere, but I’m not sure people are listening. I wasn’t.

And that’s the heart of the matter. The problem isn’t really with minimalism—it’s with us. We human beings tend to get carried away, and in the process we forget why we got into the game in the first place. In an effort to clear the meaningless clutter from our lives, we give away things we shouldn’t, like 20-year-old Christmas gifts from our parents.

Two weeks ago, I got the dictionary back. I had donated it to my university’s library, and I bought it back at their annual book sale (along with several other books I’d donated).

Sometimes, you get a do-over.

If you feel too busy and have more stuff than you really need, yeah, you should explore minimalism. It’s a great tool for bringing clarity to your life and helping you focus on what really matters, what you want your life to be about.

But if you do try out minimalism, here’s what I’m asking of you: refuse to get carried away.

Because owning things won’t make you happy, but neither will getting rid of them.

P.S. I recently participated in a panel on minimalism for the news channel TRT World. It was a blast! Feel free to check out the segment here.