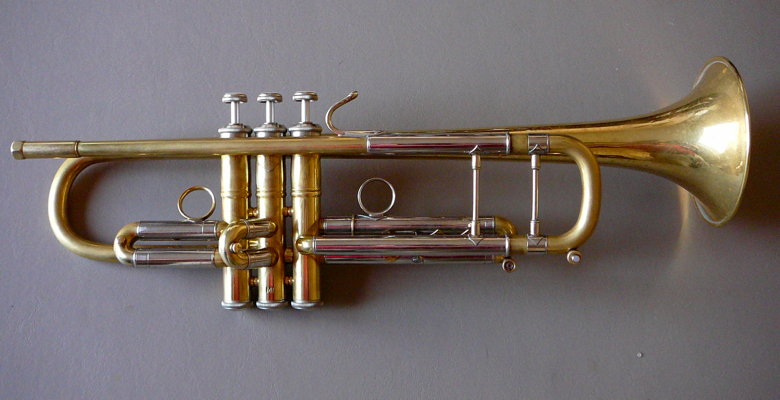 Whatever kind of creative work you do (or want to do), you’ll eventually have to wrestle with this question:

What equipment do I need?

This is a tricky question for two reasons:

And come on! Who doesn’t want a Gibson Les Paul, or a new MacBook Pro (with Retina display), or a set of Monette trumpet mouthpieces, or a Canon EOS 5DS? (I’m not even a photographer, and I want that camera).

We need the right tools for the job, but we can’t buy up every shiny thing we see. How do we know what we really need?

Look to the professionals.

Let’s consider how the pros think about gear.

As Much as Necessary and As Little As Possible

In college, I always though my trumpet teachers were behind the times.

They played 30-year old trumpets with 30-year old mouthpieces. “Come on, guys,” I thought. “There’s a world of new equipment out there. Why not try all the latest gear?”

Well, now I’ve joined the club: I’ve played the same equipment for several years now, and I have no plans to change. The reason is simple: the law of diminishing returns. I’ve found a trumpet and mouthpiece that work very well for me, about 90% as well as anything ever will. Finding different equipment that works just 1% better would take a significant investment of time and effort, and I’d rather concentrate on other things.

Or take a player who’s far more skilled than I am.

Walt Fowler is one of my favorite musicians. He’s a criminally underrated trumpet player, and he also plays keyboard. And he’s pretty good at both: on the road with James Taylor, he plays both instruments at the same time.

What kind of keyboard does Walt Fowler play? There are some pretty sweet synths out there, and he doesn’t play any of them. Walt Fowler plays a 15 year-old Yamaha Motif 7.

Some folks are gearheads, I’ll admit, but most professionals think about equipment as much as necessary and as little as possible.

A Means to an End

And that’s okay! There is absolutely nothing wrong with collecting equipment. It’s just a fundamentally different hobby from using that equipment to create art.

Whatever level you’re at, keep your focus on the art, not the equipment. Approach your gear like a professional.