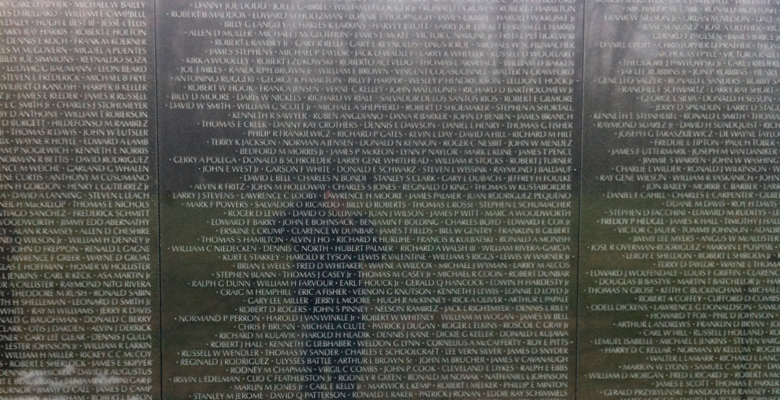 It’s hard to know how to celebrate Memorial Day.

Like most people, I celebrate it by, well, doing whatever I want. I appreciate the day off work, but I sometimes feel like I’m missing the point of the holiday.

I didn’t always get the day off work. In college, I waited tables during the summer. While driving to work (or maybe driving home) on Memorial Day in 2004, I turned on the radio to listen to A Prairie Home Companion.

The poem struck me and stuck with me, and it took me years to figure out why.

This poem succeeds because it honors those who gave their lives without glorifying war.

This weekend, I still plan to relax, spend time with friends and family, and crack open a beer or two. I think you should do the same!

But let’s do one more thing. Take a few moments to read Garrison Keillor’s sonnet below, and think of those (maybe someone you know) who’ve died in service.

We’re here to honor those who went to war Who did not wish to die, but did die, grievously, In eighteen sixty-one and in two-thousand four Though they were peaceable as you or me. Young and innocent, they knew nothing of horror— Singers and athletes, and all in all well-bred. Their sergeants, mercifully, made them into warriors, And at the end, they were moving straight ahead. As we look at these headstones, row on row on row, Let us see them as they were, laughing and joking, On that bright irreverent morning long ago. And once more, let our hearts be broken. God have mercy on them for their heroic gift. May we live the good lives they would have lived.