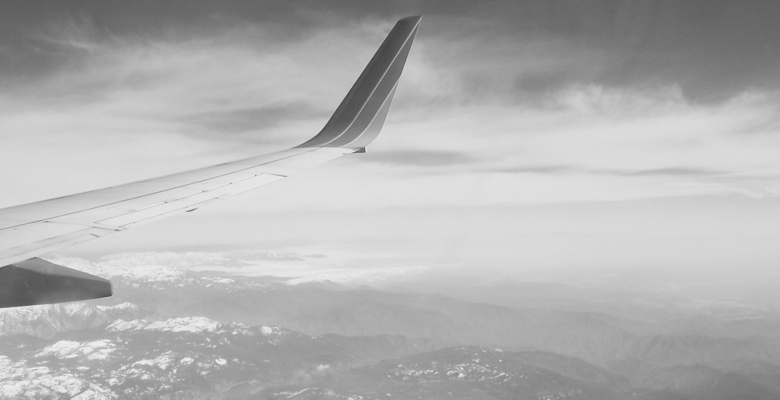 Two nights ago, I was on a plane returning from a work trip when the pilot’s voice crackled over the intercom:

“Folks, there’s bad weather on the airfield in Kansas City, and we can’t land. It’s moving pretty fast, though, about 40-50 miles an hour. We’re going to circle around and give it a few minutes to move out of the area, and we’ll try again.”

Okay, no problem, I thought. Ten minutes later, though:

“Folks, it turns out the storm has parked itself on top of the airport. Based on our available fuel, we need to divert to St. Louis. I know this isn’t what you want to hear, but we’ll get you to Kansas City as soon as we can.”

The guy next to me was not happy, and he made that clear to everyone with an interesting (and creative) string of profanities. And I can’t say I was thrilled either. It was 7 PM now, and I had a three-hour drive back to Kirksville. A long night was turning into a longer one.

We refueled in St. Louis and returned to Kansas City, the weather system having moved on. I pulled in to my driveway just before 3 AM.

Perhaps because I was writing a blog post on expecting the expected, this whole debacle didn’t bother me as much as it could have. I repeatedly reminded myself that:

In any activity, there’s a set of pre-installed frustrations. It’s a question of when they arise, not if.

I fly a few times a year, so I should expect occasional delays. It’s part of the deal.

(I wish I could I say I was as easygoing the next day as I was during the flight. In my sleep-deprived state, I whined quite a bit. Baby steps, right?)

Most of us don’t really think about our reactions to events like these, but for those of us concerned with personal development, the way we react to everyday frustration is something we can’t leave to chance. Here are a couple reasons to look at how you look at life’s routine challenges.

Like everyone else, I’ve vented about problems at work time and time again. You know what I’ve noticed, though?

It doesn’t make me feel better. It makes me feel worse.

I’m an academic advisor, which means my job is to help 200 18-year olds navigate their first year of college. Now, my students are hard-working and conscientious, but they’re also 18.

The other day, one of my students was complaining to me about a professor being the cause of her academic struggles, and I did my best to help her adjust her thinking.

When the appointment was over, I found myself wanting to remark to a colleague “You won’t believe what this student just said.” But then I thought, “Wait a minute. This is standard behavior for an 18-year-old, and I work with 200 of them. Blaming a professor for one’s struggles is a common error in judgment among college freshmen. I have no room to be surprised here.”

I can choose to get frustrated with workplace challenges if I want to. It’s certainly socially acceptable to complain about one’s job. I learned a long time ago, though, that it’s better to expect the expected, and in my line of work, the expected looks something like this:

Minimize Outrage, or Others Will Become Desensitized

We teach others how to treat us.

Do you know someone who gets upset so rarely that when he truly gets angry, every other voice in the room falls silent?

Do you know someone who is outraged so routinely (maybe every day) that no one bats an eye?

Our interactions obey the laws of economics. Scarcity creates value. The more we display a certain behavior, the less others notice (and vice versa). This is true even of really basic behaviors. Even, well, talking.

Clarence Thomas asked a question the other day in a Supreme Court hearing for the first time in ten years.

He’s spent 10 years creating an expectation — Clarence Thomas doesn’t speak in session — and confounding that expectation got attention. When Ruth Bader Ginsberg asks a question, brilliant jurist though she is, no one gasps.

If we want others to take our concerns seriously, we need to treat complaining, venting, and being outraged as a scarce resource to be deployed only when appropriate, not a limitless one to be squandered.

Think of any activity you do regularly.

If you’re in the habit of overreacting when things go wrong (and we can all improve in this area), see if you can catch yourself and adjust your reaction next time hardship comes around!